A straight wire with gain is a metaphor for electronics in stereo components that faithfully amplifies sound without adding anything that degrades or colors the sound.

People who care about the sound quality may spend many thousands of dollars on their Hi-Fi systems in order to achieve this elusive goal. There are countless audio components to choose from to put into that ideal system and the opinions to go with them as well. It is also said that your system sounds as good as the weakest component in that system.

I have my opinions about audio as well. Like people who enjoy great food, the opinions are infinite too. I’m relatively old these days and my opinions are old school as well. I think two speakers are all that is needed for great sound, surround sound… not for me. What are most important are the signal source, the speakers and the means to connect them together, that “straight wire with gain”.

According to some, CD’s are not a good enough signal source, it’s got to be 24bit 192khz so you can hear every nuance. I believe every nuance is there in that high resolution format, the difference I hear is the quality of the remix. When “I” transfer a CD to an mp3, I cannot detect the difference between a wave file and the mp3. I am not sold on the idea of the high resolution format.

Where I have detected problems with the sound quality coming from mp3 players is connecting them into a sound system. Most phones or mp3 type players have only the headphone output jack for a wired connection if you want to plug it into an existing stereo (yeah, new phones have Bluetooth. I have a quality issue Bluetooth). Headphone outputs work great with headphones but when connecting to a stereo system – so you can actually listen to your music thru speakers, there can be issues.

The sound gets muddy, bass is mushy, mid’s and highs are not crisp and clear, the volume is low. Is this happening because mp3 don’t sound as good as other sources? No! It’s because the headphone jack is meant for headphones, a low voltage high current device. The aux input is meant for a higher voltage low current output, known as line out. This messes up the sound.

What is needed is a “straight wire with gain”. Enter the “G-ROD audio cable microAmp”. It adds 25dB of gain, with the same kind of specs you would find in the highest quality mic mixers or audiophile preamplifiers. It matches the output impedance of the headphone output with the aux input. The result is a dramatic improvement is sound quality. It tightens up the bass, clears up the mid’s and highs with an instantaneous response you hear in high quality sound systems. The high gain allows you to turn your volume down on your phone and you audio system to put the volume controls in the range with the least amount of distortion.

Bluetooth brings a new level of convenience, not having to connect wires. However I do not think Bluetooth sounds as good as a direct wire connection. If more expensive Bluetooth components were used, maybe it would sound just as good, but are the manufacturers willing to spend that kind of money for your phone or your car stereo connection?

Check out the G-ROD audio Cable microAmp at www.g-rod.com or www.mp3preamp.com. 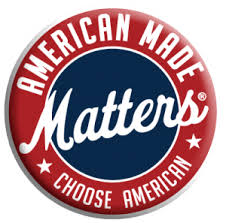